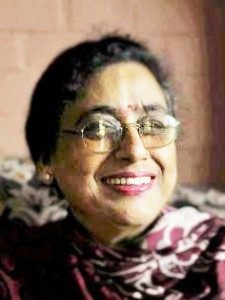 For the past 2 decades, ABC Nepal has been working tirelessly for the rights of women and girls with a special focus on human trafficking, which is a grave social crime against humanity.  Due to age-old cultural traditions and a discriminatory legal system, women have long suffered under this double burden. Their status is low, son preference is rife and they are expected to work extremely hard for little reward. Their low status and economic dependence makes them more vulnerable to trafficking as they are lured by promises of better job opportunities in many parts of the world. Key to addressing the problem of human trafficking at the preventative stage is educating people and raising awareness of the issues surrounding trafficking. In addition to running prevention and interception activities, ABC Nepal also focuses on rehabilitating rescued women and girls, providing them with counselling, both formal and non-formal education, skills training, medical care, lodging and ‘seed money’ to help them start their own small business. The aim of this is to empower women to become economically independent and provide them with the confidence and skills to reintegrate into society and hopefully repatriate them to their homes and families. This is often problematic due to the stigma attached to trafficking and the attitudes of community and family members, and thus ABC also provides counselling and training to these groups on the problems the women face, particularly if they are HIV positive, to facilitate successful repatriation. Believing that all members of society have a responsibility and a duty to combat this crime, ABC are also involved in lobbying and advocacy work, as well as strengthening networks in Nepal to improve coordination and collaboration. Women deserve equal rights as men: this is our fundamental human right. The contribution women make to society needs to be recognized as without it, simply nothing would get done and the world would grind to a halt. By working to raise awareness of women’s issues and improving their social and economic status, ABC aims to combat gender discrimination in all its forms so women are valued for the people we are, rather than the price somebody is prepared to pay for us.